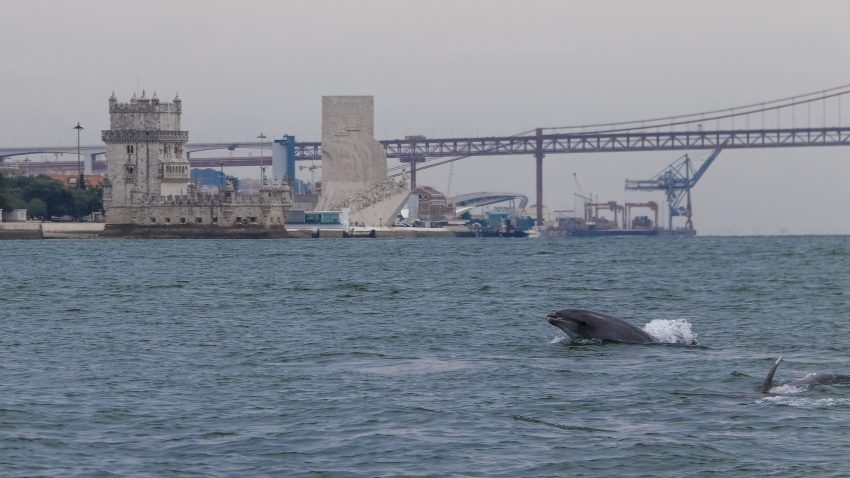 Check out the latest articles of which SeaEO Tours and it’s Marine Biologist have been news in the portuguese media.

The recent visits of dolphins, both common-dolphins and bottlenose-dolphins in the Tagus river have kept the media’s attentions on these magnificent marine mammals, that historically have swam up river on the old days. Reason why the 25th of April pillars have paintings of several Cetacean species. 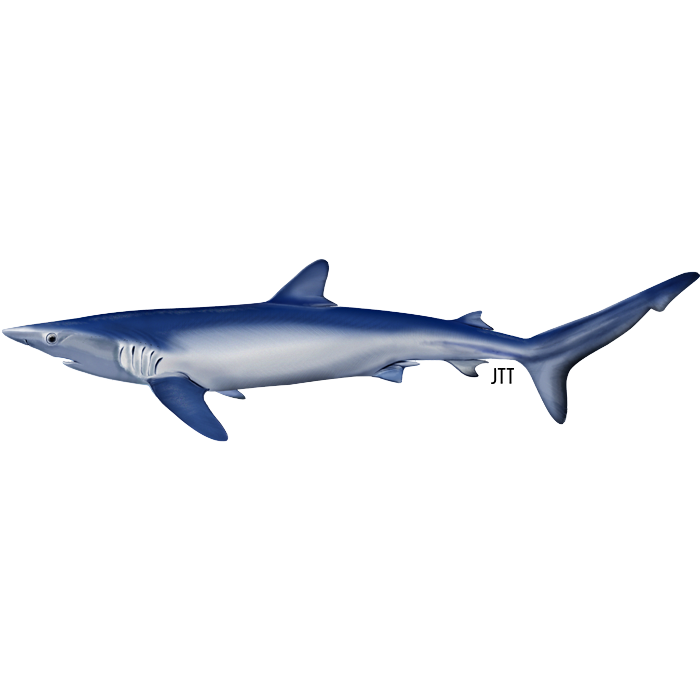 Bellow, the scientific illustrator João Tiago Tavares, from Gobius created these biological illustrations for the initiative to promote the importance and beauty of Sharks in Portugal called #WeLikeSharks coordinated by APECE in 2013. Proof is that these amazing illustrations represent the biggest pelagic Sharks occuring in Portugal or spotted in portuguese waters including Madeira and Azores Arquipelagos. In total, there are more than 40 shark species swimming by, and none or very few dangerous shark-attacks. The objective was to dismistify the terror generated during decades of these lovely and pre-historical marine creatures.

Sharks are apex predators and crucial to the functioning of marine ecosystem, yet a quarter of all shark and ray species are listed as threatened or endangered in the Red List of IUCN. They have an important roll in balancing the ecosystems by predating available prey. However, since 1970, the global abundance of Chondrichthys (sharks and rays) has declined by 71% (Pacoureau et al., 2021) urging the need to better protect them at an intenational level.

Recently, Anthias Diving Centre launched the Jornadas da Ecologia Marinha with online sessions in which expert divers or Marine Biologists shared their experiences to a broad public of up to 275 attendees per session. Both
underwater photographer Nuno Sá and the enthusiastic Dr. João Correia (FlyingSharks and APECE), shared their magnificent encounters with sharks in Portugal and elswhere.

By reading PONG-Pesca (Fisheires Enviromental NGOs), or Shark League news soon you understand the tremendus effort that APECE (Portuguese Association for the Study and Conservation of Elasmobranchs) together with the civil society and ICNF (Portuguese Environment Institute) made to convince the EU Comission for the protection of Mako shark (Isurus oxyrinchus) against overfishing. As Mako (light blue shark in the image above) and other endangered shark species were added to the Appendix II of the Convention on International Trade in Endangered Species (CITES) in 2019, Portuguese and Spanish national fisheries regulations went further by completely banning landings of this species. This decision made in late December 2020, is a stepping stone for the North Atlantic fishieres to avoid the possible and irreversible collapse of Mako shark populations. Read more scientific publication regarding world sharks state of art conservation here.

The threats over shark populations worldwide as of marine wildlife in general have mainly to do with overfishing. This activity however has to do with other sources such as the demands for shark finning, in which their fins are cut and shipped away to wolrdwide markets for shark fin soup, or used for the idealogical anti-cancer pills from cartilaginous fishes, AKA, sharks and rays. In some cases, big game recreational fishing does not release the species caught, deserving a “shame on you” sign. Despite that, pollution, ghost nets and ultimately climate change have been affecting their populations by destrioing key-ecosystems and thus diversity. In addtion, killer-whales have a special appetite for shark liver!

Sharks in Portugal and elsewhere are facing enormous threats, mainly due to overfishing, as they are essential to balance the ecosystems (Queiroz et al., 2015 and Queiroz et al., 2019), with detailed explaintions on a extensive scientific research on “Global spatial risk assessment of sharks under the footprint of fisheries”.

Furtunately, it is common on a Dolphin Watching odyssey to encounter Blue-sharks at the surface, specially when the wind is very smooth. In 2020, we spotted more than 5 blue-sharks swimming at the surface, while a colleague spotted a 3m hammer-head shark close to the Lisbon Canyon as shown above. In these boat tours, the chances are low, however with rising water temperatures during summer they occur more frequentely. 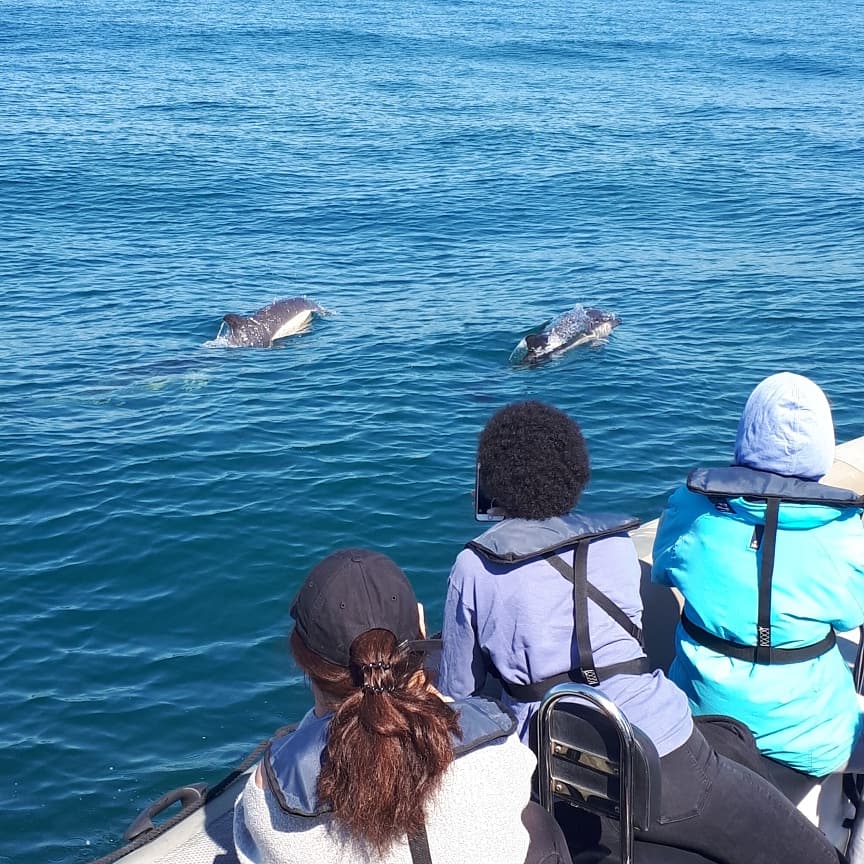 As COVID19 restrictions keep tight (published here) due to the huge number of severe cases in Portugal, the summer season promises to have some tourism activity as last year 2020, due to the global vaccination process. As we keep indoors, plans for outdoor activities you are preparing for next summer vacations can pass through boat tours offers.

SeaEO Tours knows you want to travel again soon, and the Portugal Tourism Bureau reenforced a travel campaign #CantSkipTomorrow in different languages. The commitment of Clean & Safe stamp will continue as high season starts, bringing trust and safeness to allow you to enjoy Portugal free of fear. As a leader in wildlife outdoor activities in Lisbon, SeaEO is also part of the Clean & Safe !
commitment.

If you wonder what to do meanwhile, check out our new Virtual Dolphin Watching tour bellow and get submerged in our virtual experiences during a Dolphin Watching boat tour and a Seabird Watching. SOUND ON!

Meanwhile, we have created partnership with Blue Sky Wildlife supported by Birdlife International organization that promotes Bird conservation and protection on a global scale together with governments, NGOs and private sector.

Seabirds Watching, Dolphin Watching Lisbon or Tagus Estuary Birding Boat Trips are our wildlife outdoor activites published in Blue Sky Wildlife platform. With detailed information about each experience and diverse wildlife species helps us reaching a broader public. Nature lovers will get the best out of the programs we prepared on small-group experiences for you, your friends and family.

While exploring the seas on a daily basis, SeaEO is part of the Ocean’s voice, thus by contrubuing for the ocean literacy and scientific knowledge, we believe the Tourim industry can cope with a more protective and sustainble approach by planning long-term objectives as prompted by our sponsors.